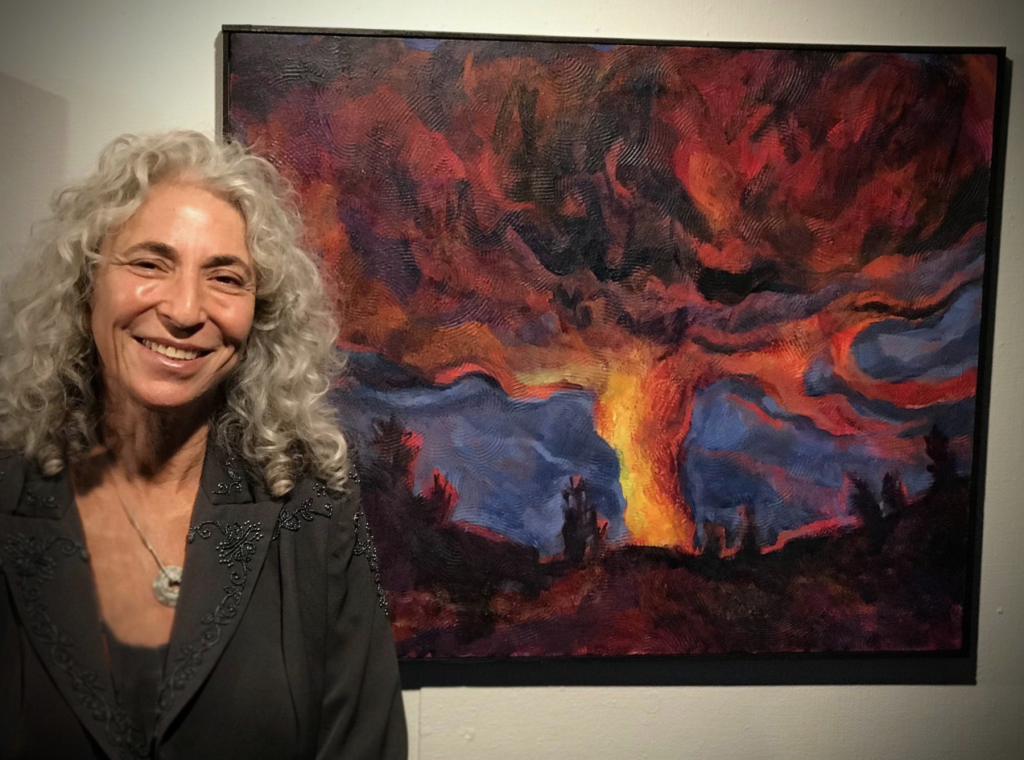 Waimea, Hawaii
On March 14th, I was present at the art opening for the Kahilu Theater’s 4th annual juried exhibition. I was honored to have my painting “Transmutation” selected to be part of this fabulous juried show and hung in a beautiful venue.

I was inspired by the daily view from the street where I lived in Hawaii, just 3 miles from the flow. The view was the gigantic plume from Fissure 8 that towered upward and filled the night sky each day with it’s fiery glow. It flowed for several months while I was on island.

Amazing heartfelt artwork was on display by artists who shared artistic interpretations of transformative destruction/creation experiences in their lives, many who were displaced by the volcanic eruption and many who lost their homes.

The show is free and open to the public Mon-Fri 9am-1pm and during all performances. It will be on display at the Kahilu Theater until April 27th.